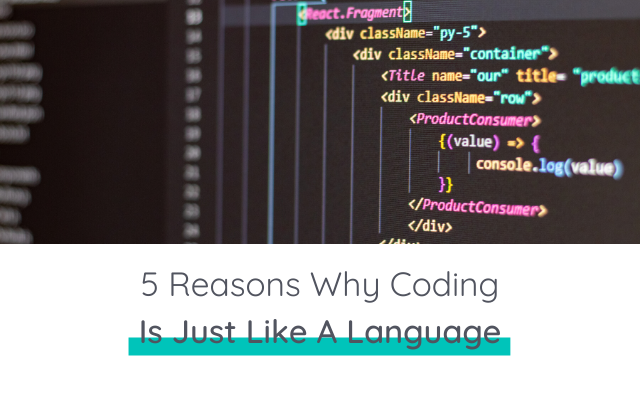 Why do we refer to coding languages as “languages”? While it’s easy to pass off as just a phrase, the term is remarkably fitting; understanding why can help broaden and deepen our understanding of coding and our spoken languages. Here are just 5 of the exciting ways coding is like a traditional language:

First, and perhaps most fundamental, coding and languages are both used to share data. We use language to convey our thoughts, feelings, and intentions in our daily interactions with other people, whether over the internet or in person. At its core, code is doing the same thing; when you write code, you’re talking to the computer and telling it what you want. Some could even argue that the computer takes those instructions much of the time and uses them to communicate with other people through web pages, video games, apps, etc.

2. THEY HAVE RULES AND GRAMMAR (OR SYNTAX).

Rules and grammar are an essential part of coding languages. Without rules and the framework they provide, our languages would not convey meaning as effectively as they do. If you get the rules wrong while coding, the computer can’t understand what you’re trying to say.

3. THEY ARE EXTREMELY VERSATILE.

While coding languages do have definite rules, much like traditional language, those rules also allow freedom. We can use spoken language for many purposes: we use it to share thoughts, request things, and generally communicate. We can even use language to make music or play games with it. In addition, code has flexibility. For all its strict rules and specifications, coding can solve different problems in various ways. Thus, while some methods might be best suited to specific instances or contexts, there generally isn’t one “right” answer as long as it follows the basic rules.

4. THERE ARE MANY DIFFERENT LANGUAGES

Mandarin and English are very different languages. They have additional grammar and methods of speaking or writing. While they ultimately fulfill the same purpose, some ideas might be easier to express in English, and some pictures might only be fully appreciated in Mandarin. The same is true of coding languages. While one language may be able to solve various problems, another language might be able to do it a little better. Some languages can converse fluently with data; some are right at home giving a robot instructions. In the same way that learning a new spoken language allows you to communicate with new people in new ways, learning new programming languages enables you to deal with problems differently.

5. YOU WON’T BECOME FLUENT IN A DAY

If you crunch, after a day of study, you might be able to say hello, ask for the bathroom, and maybe order from a restaurant in a foreign language. But to understand a language takes practice. While learning a new programming language is generally faster than picking up a foreign language, ultimately, the same principles apply.

After a day or two of study, you can create some cool projects and build a base understanding of the rules, but you won’t be able to build an expansive piece of software. While that can be discouraging, it’s also what makes learning so rewarding. Learning a new programming language, whether it’s your first or fifty-first, can allow you to think about old problems in new ways and accomplish things you couldn’t before.

While they may look very different on a page, coding languages and spoken languages share many similarities when it comes down to it. In comparing the two, we see both things in a slightly different light to understand new aspects of the familiar.

A slight shift in perspective may make us reconsider an oft-occurring problem or particularly vexing issue and find a better solution. Ultimately, by changing the way we think and develop new ideas, we can change a world, a country, or even a classroom. 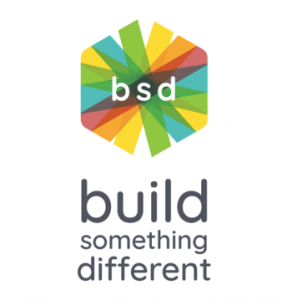 BSD Education is a global edtech startup focused on designing, developing, and delivering programs of learning for digital skills.
Our work empowers educators to use technology in the classroom by providing an online learning environment, customized curriculum, and professional development. The curricula we create can be implemented immediately with no prior experience and are mapped to US, IB, and British academic standards. 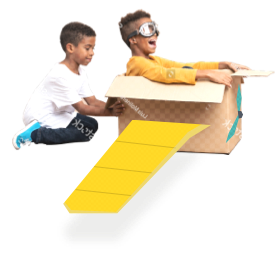